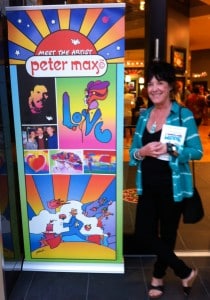 It’s probably not too far a stretch to say that most of us are familiar with the concept of a bucket list. Places we long to visit, dreams yet to come true, people we’d love to meet and experiences we want to live, all before we kick the proverbial “bucket”.

With the release of my first book (one of the now completed items from my personal bucket list), it occurred to me that my book, Confessions of a Middle-Aged Hippie has it’s own rather unique bucket list. Can a book have a bucket list, I wondered? Absolutely! And it had a loud voice wanting to be heard.

“Confessions” is filled with real stories from my life, so other than positively influencing others through my experiences, selling lots of books and maybe having the book turned into a movie (pretty much what all authors want I guess), the top three things on this bucket list were more about the individual people I wanted to personally thank for the unbelievable stories they inspired in the book. Sounds simple.

The key here is that these three individuals just happen to be really famous and huge celebrities in their own respective fields. One in the world of art. One the world of music. The third, a megawatt global influencer who has big conversations out in the world. Hmm. Not such an easy task. One of my mantras is “there is always another way”, so I set my intention on the list and remained ready to magically manifest the perfect opportunity.

The Power of Colour in Our Lives 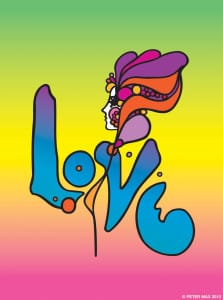 If there is any doubt how colour brings joy to our human being-ness, you just have to look at the artwork of my favourite artist Peter Max. To me, he is the definitive artist of my generation. He is to art, what the Beatles are to music.

Since I first became aware of him and his art while growing up in the ’60s, I’ve been a fan and also recognized something in his work that speaks directly to me. Many of his images are iconic, a favourite being his ‘Love’ image from 1968. His colours are vibrant and alive and have a contagious vitality to them. If the soul speaks in colour, Peter Max’s soul is a megaphone to the world.

His art is cosmic. He is cosmic. I absolutely get cosmic. Just check out the subtitle of my book. I’ve been known to meander the cosmos myself, tapping into the wonder, beauty and ideas there, bringing them down to earth to share with others. Peter Max has always done that in the art he creates. His deep fascination with the cosmos from a young age turned into a spiritual quest as much as it was scientific, later in life. He understands ‘hippie‘, saying when asked, that he’s okay being referred to as a hippie because it means “thinking cosmic and futuristic“. I get that too.

He is a Yogi and was among the first who brought awareness to yoga in the U.S.
The chapter in my book “Take it to The Max” was inspired by an encounter with him at a Toronto gallery in 2002. The first time Peter had ever visited Canada in his entire career and I had to be there! It’s a story about smuggling in my Peter Max shirt, (something I’d saved from his 1970’s clothing line), naively hoping he’d autograph it. What unfolded turned out to be surreal and far beyond anything I could ever have imagined. The result is still hard to believe. Full adventure in the book of course.

How would I ever be able to thank Peter Max? I was determined to find a way to get a book to him, as my way of saying thank you for the amazing memory of that day twelve years before. After reading his new book The Universe of Peter Max, I absolutely knew it had to be in person. 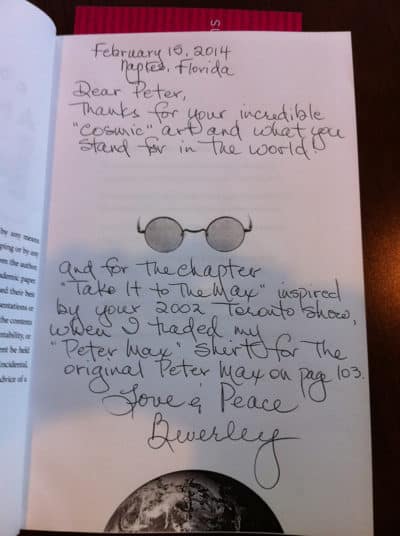 Back in October, I’d been telling people that I was manifesting a way out of Toronto in February. I had no idea how, so kept trusting it. As sometimes happens, I talked to the right person at the right time, and an opportunity showed up for me to leave the oppressive Toronto winter to come and play in sunny Florida. Awesome! Then a new friend happened to mention that Peter Max would be appearing in person at a gallery in Florida exactly at the same time that I would be there. Seriously. Need I say more?

The wheels were already in motion. This new story involves rallying my friend to commit to driving the two hours across the state to attend the show. Having read my book, she was already a converted Peter Max fan. She said yes, as she wanted to be part of my ‘to be continued’.

The day was perfect. It involves me being as nervous as a school girl, the two of us changing in the fairly large Whole Foods handicap bathroom, and me trying to steady my shaking hand as I inscribed the book I would give Peter Max. Then, inclement weather in the northeast caused Peter’s plane to be diverted and his arrival extremely delayed. It also involves conversations with many lovely people who were rooting for me to have the opportunity to hand the book to Peter and their willingness to help.

Are You the Middle-Aged Hippie?

It seemed like an eternity until I had a chance to talk with him alone in the growing crowd, sometimes wondering if it would happen at all. When the opportunity finally came to hand him the book and briefly tell him the story about ‘his’ chapter in it, he looked at the cover and asked, “Are you the middle-aged hippie?” “Yes”. “And I’m in the book?” “Yes.” Then before he got whisked away holding “Confessions” in his hand, he said, “I’ll get back to you.” Yay!

Now I wanted a picture with him, however, no photographs were allowed other than by the professional photographer. I had to wait for all the art purchasers to have their pictures taken first. I practiced patience. My turn comes. Snap. Snap. That was almost it. And of all the multitude of pictures taken that evening, one of me, Peter Max and my book, made it into the online gallery.

As I was leaving, a new friend asked if I had Peter sign a copy of “Confessions” for me? The thought hadn’t even crossed my mind. Duh! I ran back in (yes, I had an extra copy of the book, although I almost sold it to another curious middle-aged hippie) and asked if Peter would sign it. 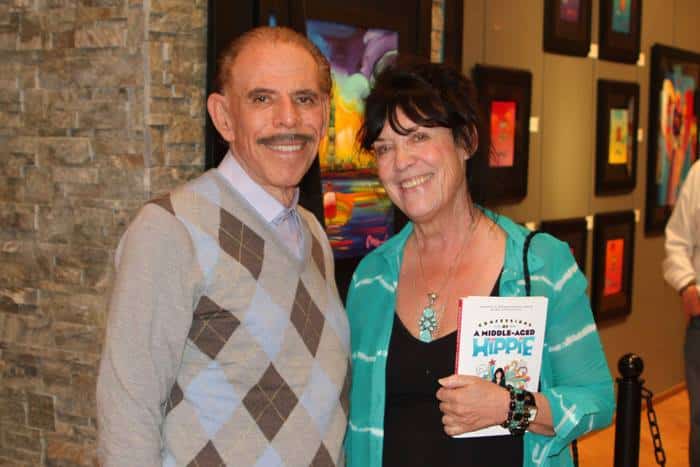 This is the part where Peter Max the man and what he stands for in the world shines through. He lives his life as an environmentalist and defender of human and animal rights. He would autograph one item, for a small donation to The Animal Foundation, who do amazing work rescuing and caring for thousands of homeless and abandoned animals. I was delighted to contribute, and Peter Max signed my book in his chapter “Take it to The Max”. So the night had become even grander than I could ever have envisioned! Don’t you love it when that happens?

He didn’t actually get back to me that night. I have faith. My mission was accomplished for now. I’ll trust that any further cosmic puzzle pieces are moving into place on their own.

So who’s next on the list? Daryl Hall. Yes, the Daryl Hall from pop duo Daryl Hall and John Oates. He has a chapter too. I won’t tell you what I hope will happen if I get to hand him a book in person. (Hint – it has to do with music). As far as the third person, that’s revealed in the prologue of “Confessions”. A girl’s got to maintain some suspense after all. Who would you guess it is?

I’m curious to hear about things from your bucket list that you have or haven’t done yet?